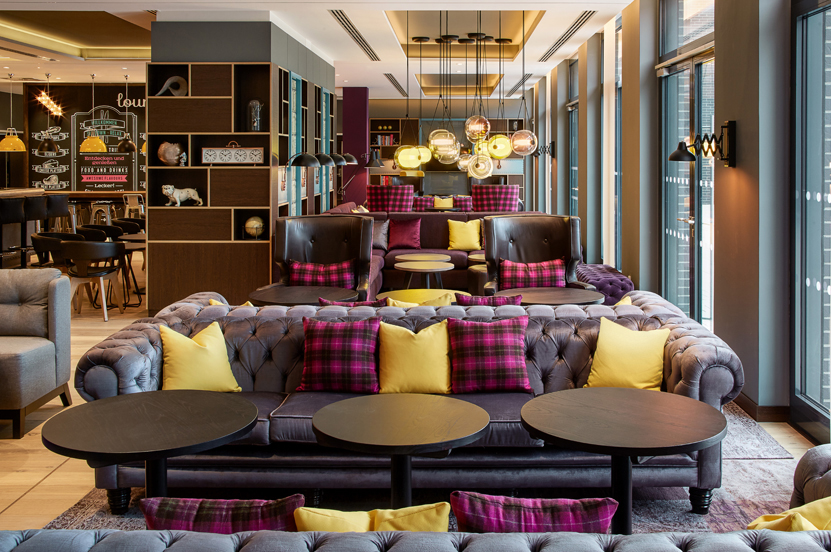 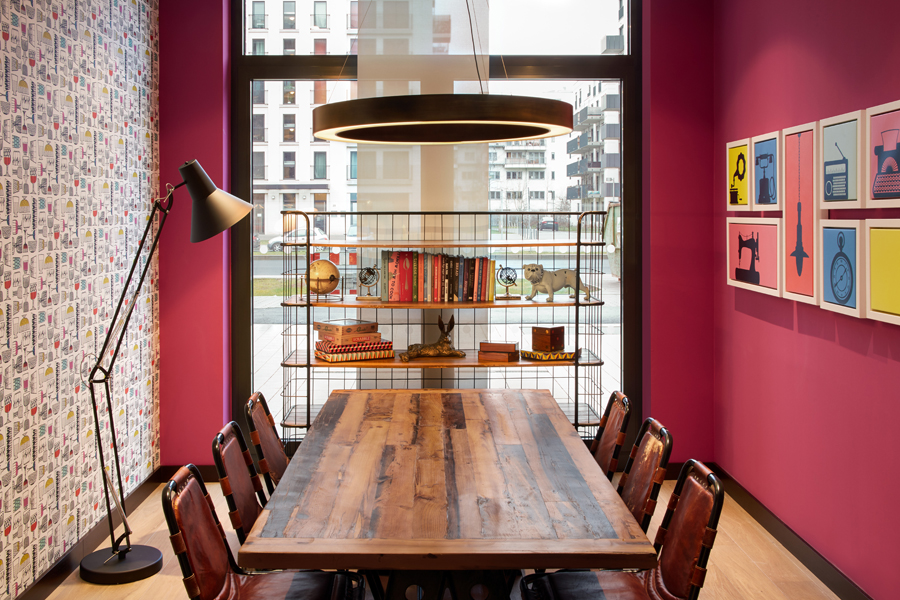 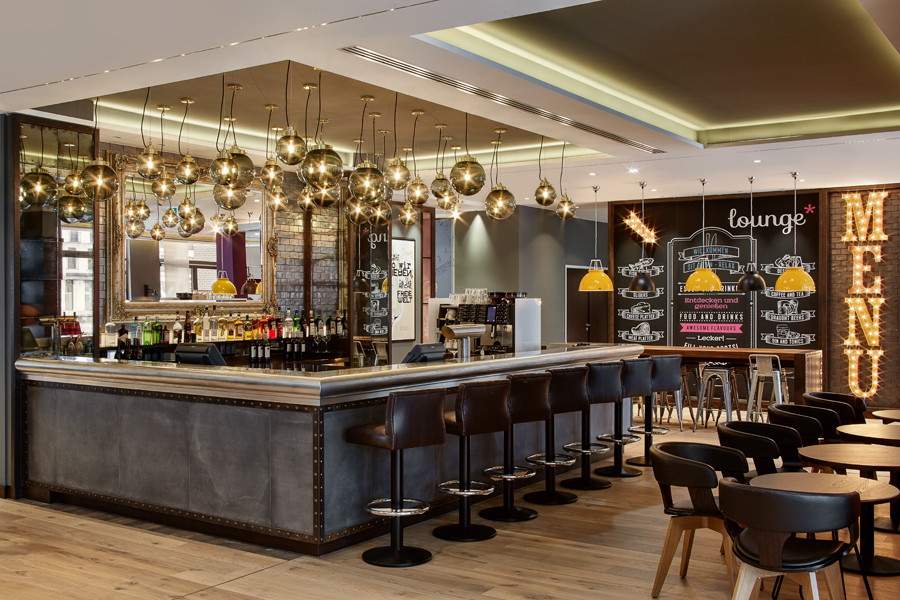 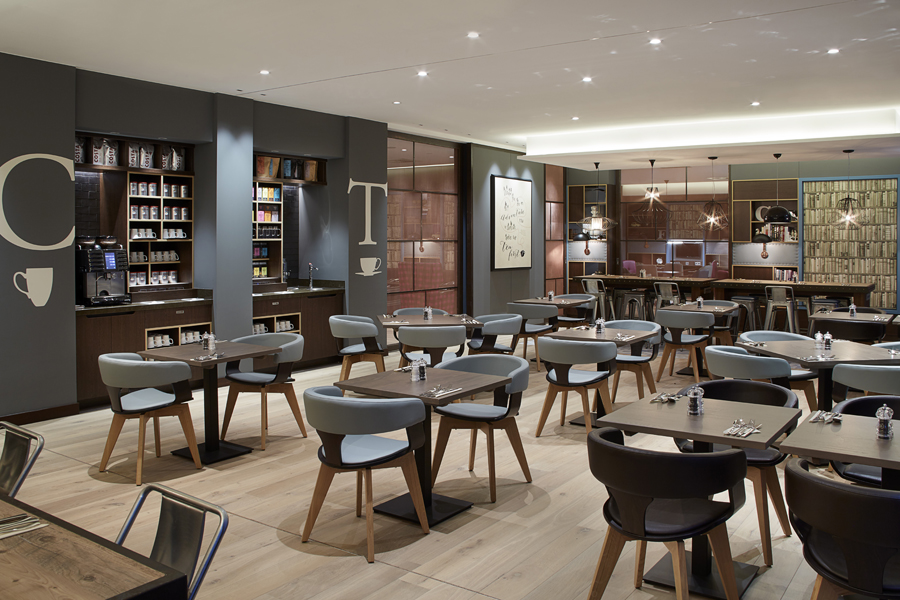 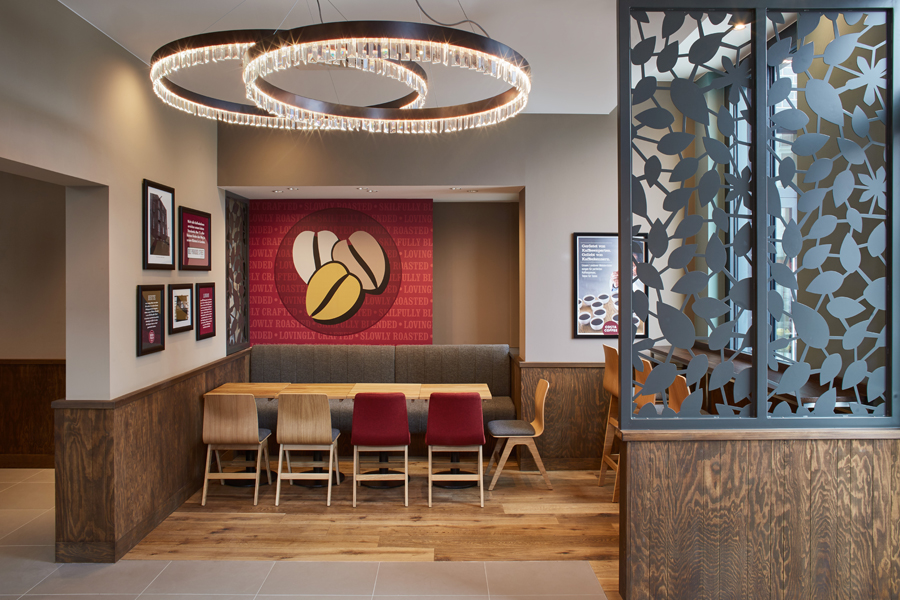 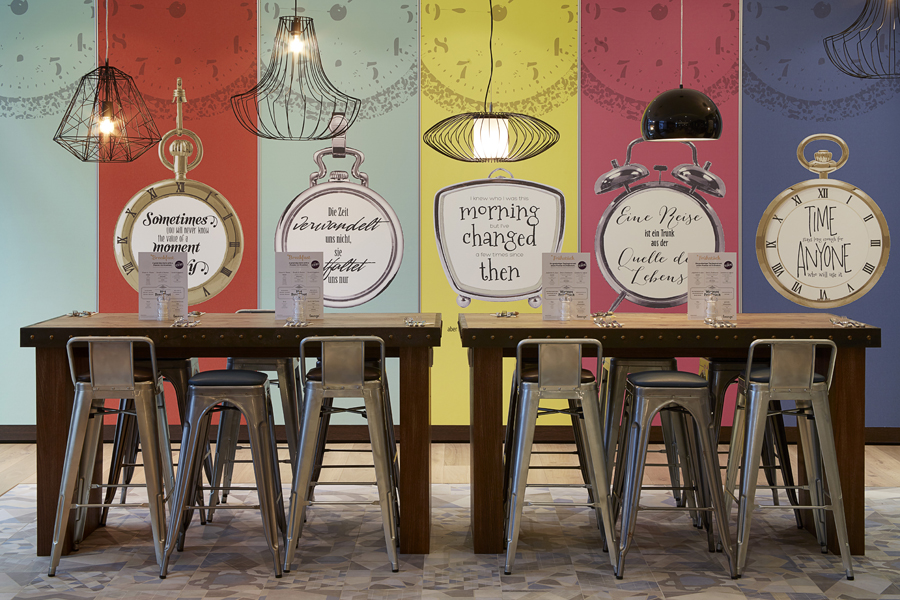 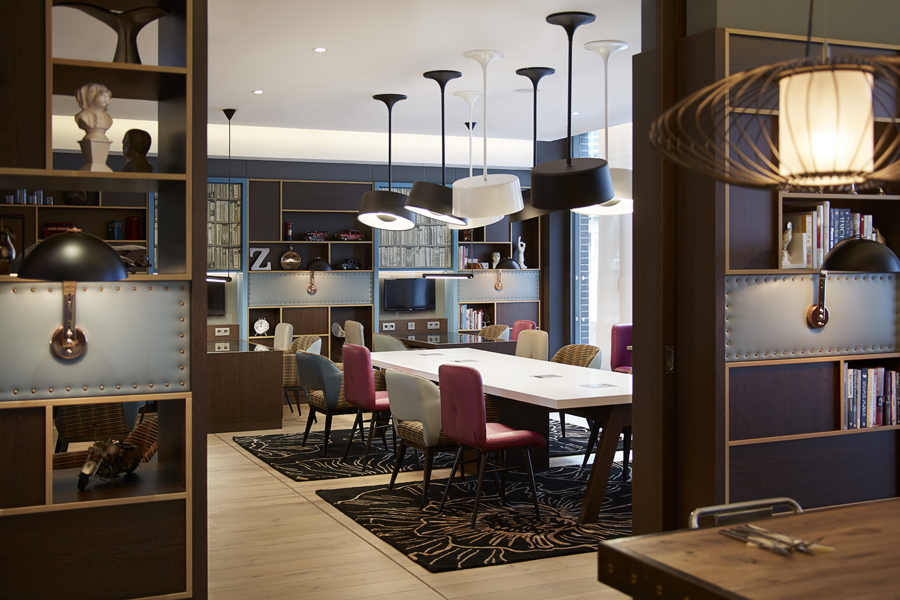 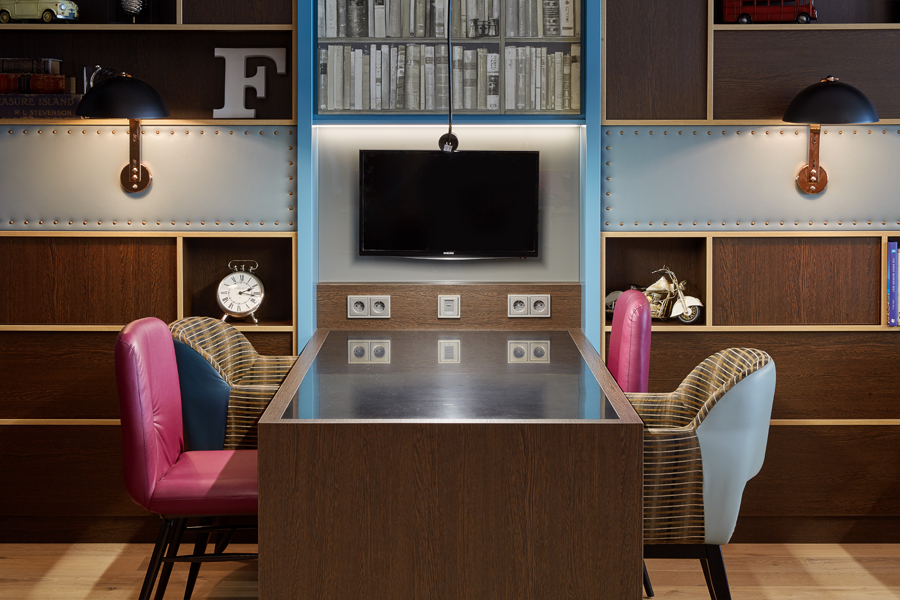 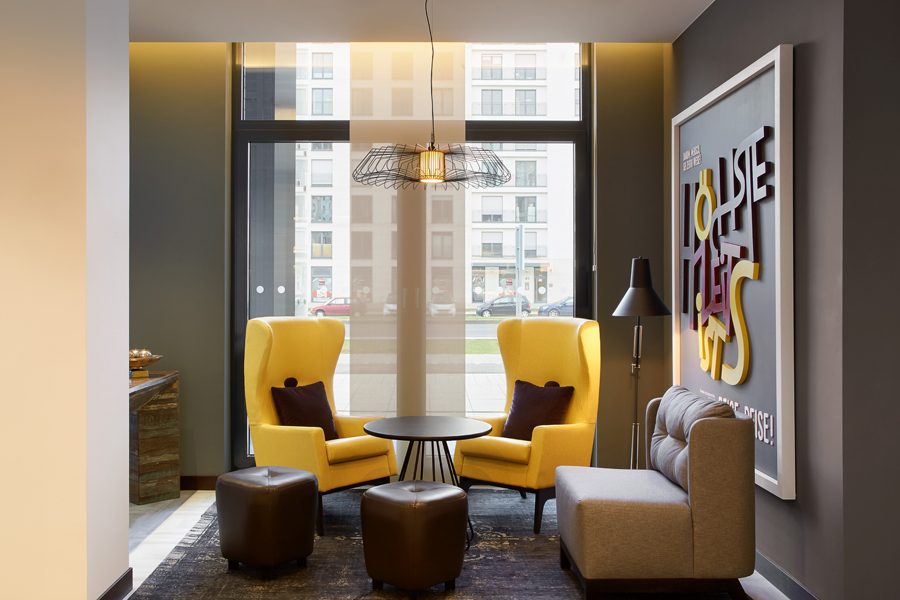 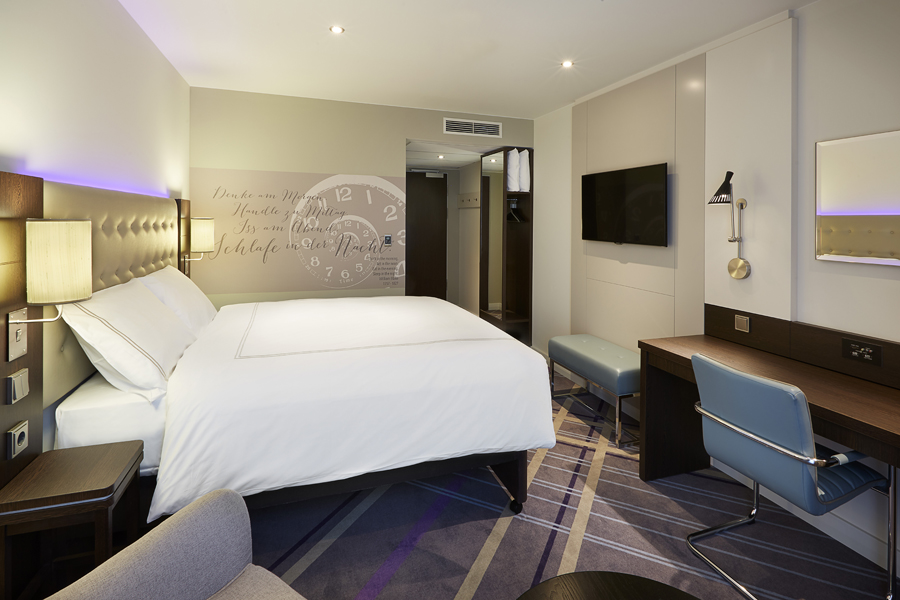 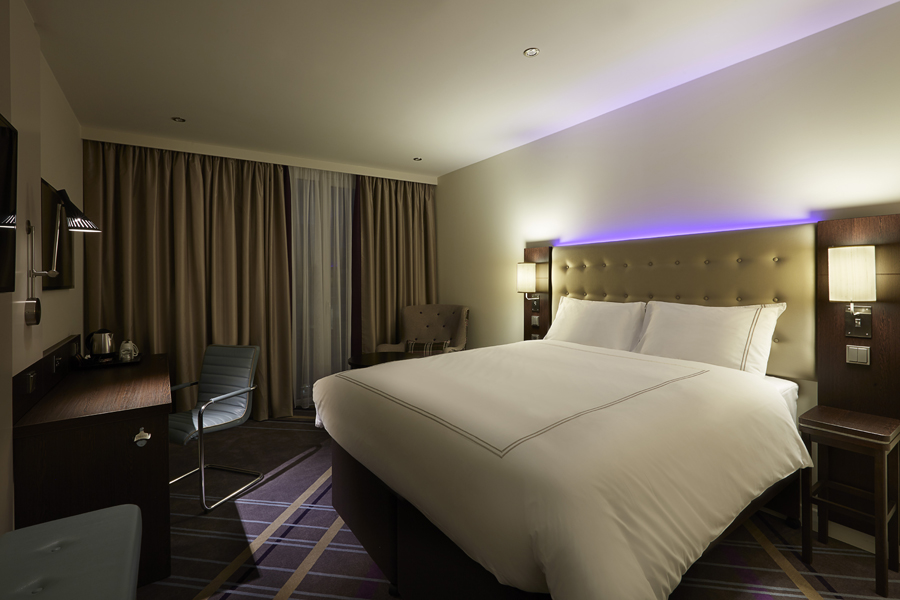 In 2016, JSJ designed the first Premier Inn to open outside of the UK.

Designing many of Premier Inn’s latest UK hotel interiors, including the chain’s flagship hotel in Kings Cross and the new strand of tech-driven hub hotels, JSJ Design has formed a deep understanding of the brand over many years. As a trusted design partner of Whitbread, JSJ Design were instructed to ensure consistency of the look and feel of the Premier Inn brand overseas.

We led the entire design process, from partner brief to detailed decision-making to final design sign-off. We played a critical role in ensuring successful delivery of the Frankfurt hotel, working with contractors to deliver a distinctive design tailored to the German market.

Setting Frankfurt Messe apart from the UK hotels, the focus for the entire ground floor was to create a versatile public space, functional through day and night. In achieving this, the Premier Inn brand is moving away from pure function and into a realm where customer experience is key. The aim was to seriously raise traveller expectations of budget hotels.

JSJ Design collaborated with Hamburg-based designers JOI Design to ensure the quintessentially English brand catered for local tastes. We worked together to form a concept that was right for Frankfurt and the wider German market, while also representing the best elements of Premier Inn.

In addition to the open-plan communal areas, points of differentiation can be found in the bedrooms and bathrooms, where showers replace baths and an imaginative new room layout was developed to meet the expectations of the German guest.

We also developed some elements of the brand that didn’t really exist before; in the UK Premier Inn isn’t concerned about appearing British as it’s on home turf, but in Germany it became the point of difference.

For us as the designers, it was a question of how to bring across the ‘Britishness’ of the brand without being too obvious or cheesy. The overall look and feel has been loosely described as a ‘contemporary British library’ theme, which came from an exploration of what it means to be British.

Literature plays a big part in our history, from Shakespeare to Lewis Carroll, and we played with the illustratable and quotable elements of several classic texts in the design. We also incorporated traditional furniture styles such as the Chesterfield sofas, alongside accessories such as colourful porcelain versions of the iconic British Bulldog.

Natural wood and dark warm tones are offset by bright shades of turquoise, sunny yellow accents and pink and purple highlights. Statement pendant lighting creates distinct areas and sets the tone for the use of space, from focused and bright in the Work Zone, to warm and cosy in the lounge and dining areas.

The result is a contemporary multipurpose space that adapts to meet the changing needs of guests throughout their stay.